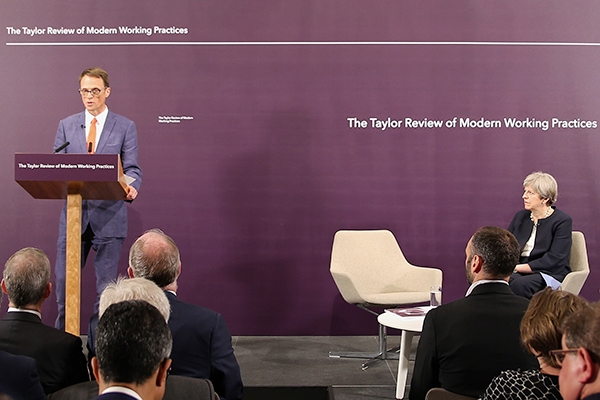 A side show that ignores the big picture.

Thanks to Matthew Taylor for putting the Gig economy and the world of the independent workers centre stage.  Useful and inevitable but it is a side show that ignores the big picture.

The big picture is that about half of the UK’s working population of 32m are likely to be Gig Workers – more accurately described as Self Drive Workers.

If you look at the (monthly) ONS Employment statistics (EMP01) and deduct the figure for “full time employees on a payroll” from the 32m, you are left with 46% – these are the people who do NOT have full time jobs on a payroll.  They are personally responsible,  to varying degrees, for putting together how they make a living.  It is a complex mix.

54% of the UK’s 32m working population are full time employees on a payroll.  The rest who are NOT FTEs can be described as Self Drive Workers.

www.WorkingFree.co.uk  takes its figures from the (monthly) ONS Employment statistics (EMP01). You can check these figures on www.workingfree.co.uk/self-drive-worker/   Working Free is more interested at those operating at middle and senior levels. Uber and Deliveroo are where the scrutiny is – but the same zero hours contacts principles exist all the way up to independent workers at Board level.

Look at these figures closely.  Over the past couple of years the number of full time employees on a payroll – the classic definition of a job – has increased significantly – but so have the figures for all those who do NOT have full time jobs on a payroll.  Arguably, marginally more.

Typical of this – or any  Government – is to obsess about the perceived injustices.  What Matthew Taylor could have done – and should have done – is to point out that the broadly defined “gig economy” represents about half of the total UK working population of 32m.

Government wants to control ALL people in work, “protect” them and tax them. They don’t really know how to handle those people – nearly half of the UK’s working population – who do not fit into this model. Government sees them as little more than people who can’t get a “proper job”.

Increasingly, all businesses are looking at independent workers as part of their resourcing strategies.

Mostly, they want work – not jobs.  Work comes from a successful, balanced and expanding economy.

2020 Working Free Limited · Call us on 08081 565604 · Message Us · 73 High Street, Newport Pagnell, Buckinghamshire, MK16 8AB United Kingdom Disclaimer: Working Free Ltd cannot accept any responsibility for any loss or disadvantage that may arise out of reliance on any opinions, material or introductions made through this website and all those making use of these services should take appropriate business and legal advice and conduct appropriate due diligence before making any commitments.

We use cookies to ensure that we give you the best experience on our website. If you continue to use this site we will assume that you are happy with it.Ok